The man who built a helicopter in his shed 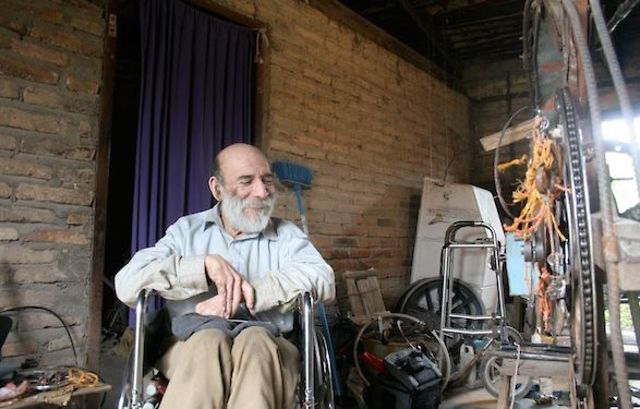 In 1958, a man suffering from Polio called Agustîn decided to give up his job as a shoemaker and build a helicopter in his shed. Over the next 50 years, and despite being severely physically impared, Agustîn painstakingly assembles his vision using bits of metal from scrapyards and even parts from his own wheelchair to make his dream a reality, and his dream is infectious. This beautifully life affirming short film by Tyler Bastain and Cameron Trejo puts things firmly into perspective. It is a film about the power of imagination, and when suffering from Polio is the reality, a little imagination can go a long way. Watch the 10 minute film here.