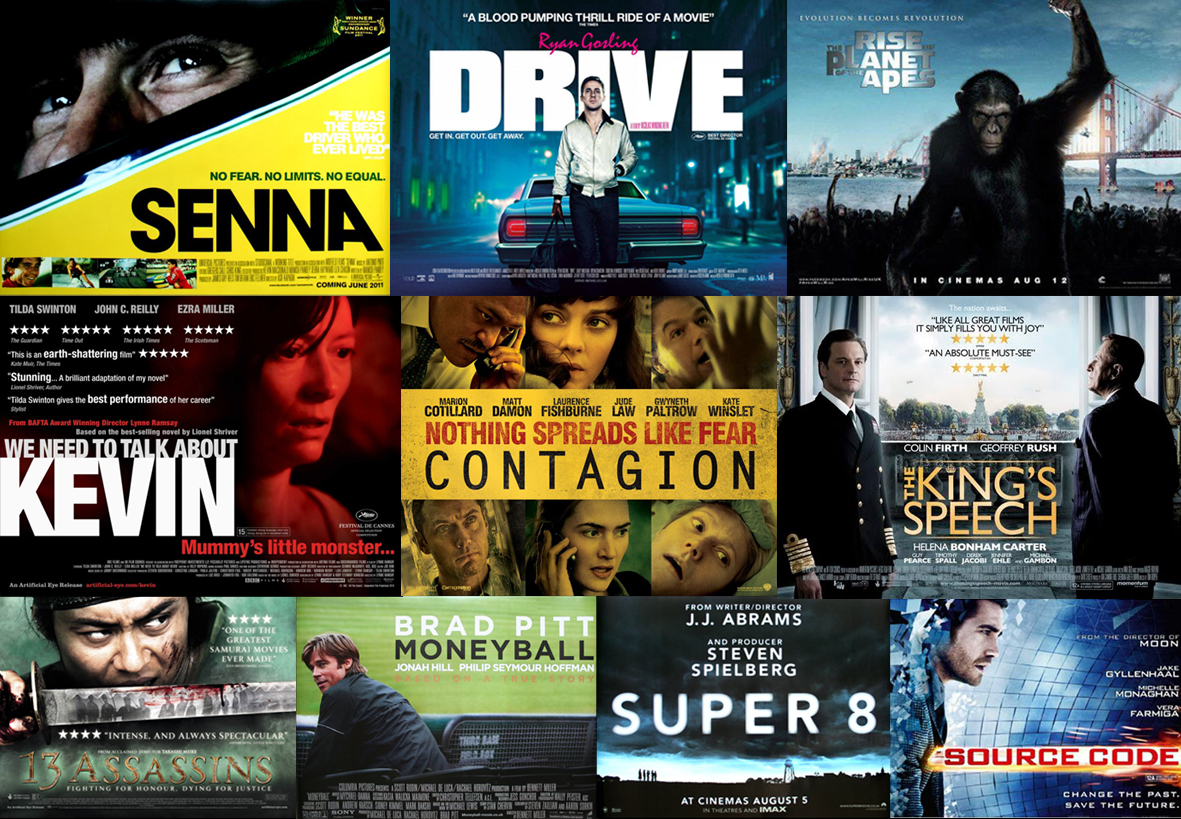 It’s been a great year for cinema this year. The significant increase in people who saw low budget “art house” films and documentaries was perhaps proof of something we already knew – big budget special effects are no substitute for an interesting story. In no particular order:

1. Senna. A superb documentary, not about Formula 1 but about an extraordinary man.

2. Drive. Surely the coolest movie of the year.

3. Rise Of The Planet Of The Apes. Not without its flaws, but an immense performance by the man Serkis lifts this from simply being an action film about a load of angry apes into something very special.

4. We Need To Talk About Kevin. Uncomfortable but compulsive viewing. Like a beautifully filmed, slow motion car crash.

5. Contagion. A real surprise. I went in expecting a “leave your brain at the door” blockbuster. What I got was a slow but intelligent drama with a palpable sense of dread.

6. The King’s Speech. I saw this in a small, packed theatre in Vancouver and the Canadian’s applauded at the end just as much as I did.

7. 13 Assassins. A small group of unemployed samurai are enlisted to bring down a sadistic lord. The last half hour is simply mind blowing.

8. Moneyball. Another surprise. I’m not a fan of baseball, or Mr Bradley Pitt. But put him with a surprisingly understated Jonah Hill and what you get is a brilliantly engaging film.

9. Super 8. ET, Close Encounters, Jaws… these are the films I loved as a kid, and that is why I love this film. Make sure you watch the end credits to see the finished “movie”.

10. Source Code. After Inception proved that big budget films didn’t simply have to be about “robots hitting each other”, the studios began producing more intelligent blockbusters, and this was one of the best of the year.